A few days ago the RSPB released the results of its 2013 Big Garden Birdwatch. This annual event involves people watching birds in their gardens for an hour and counting the different species they see. Nearly 590,000 people took part this year. The RSPB release the results by county, so we can see how the numbers here in Cambridgeshire compare to the rest of the UK. Here are the results, giving the average number of birds seen over the hour: 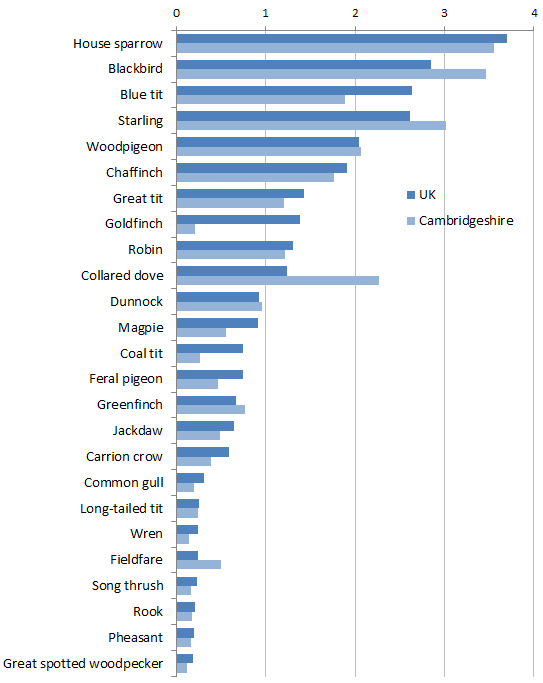 For the most part, local results follow the rest of the country fairly closely, and some of the difference will be due to random variation, but there are a few things that jump out of the chart. Here’s a second chart showing the difference between the Cambridgeshire numbers and those for the UK as a whole – birds more frequent in Cambridgeshire are at the top:

We do better for collared doves, blackbirds and starlings, while magpies, tits and goldfinches seem to be fewer on the ground. It’s also noticeable that there are more lines on the left – meaning that overall we didn’t see quite so many birds in Cambridgeshire as elsewhere.